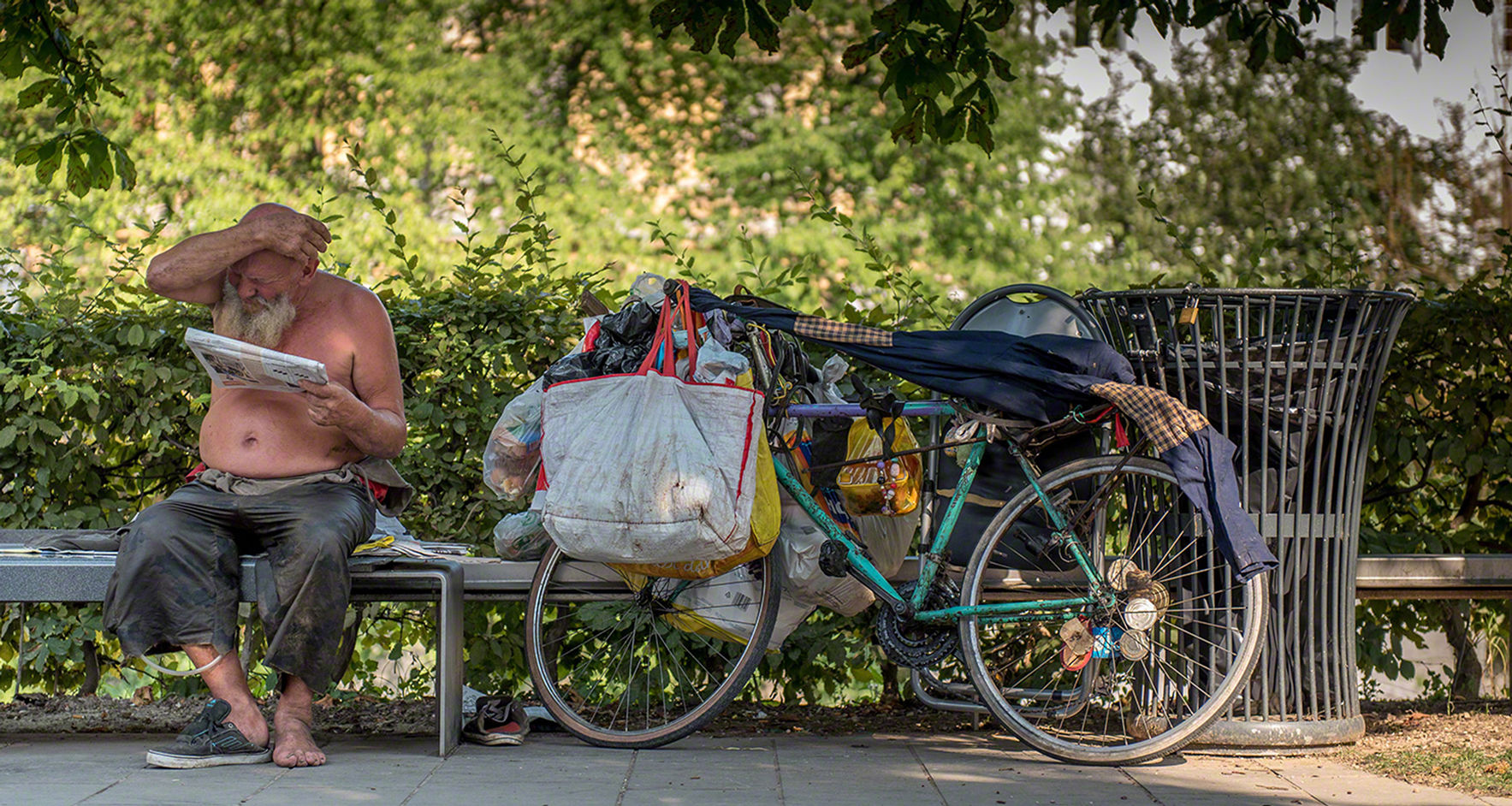 “Two nations between whom there is no intercourse and no sympathy; who are ignorant of each other’s habits, thoughts and feelings, as if they were dwellers in different zones or inhabitants of different planets; who are formed by different breeding, are fed by different food, are ordered by different manners, and are not governed by the same laws … THE RICH AND THE POOR.” From Sybil (the Two Nations) by Benjamin Disreali 1845

In recent months a number of reports on the subject of wealth inequality have been released.

The World Inequality Report from the Paris School of Economics, Oxfam’s Reward Work, Not Wealth report and the House of Commons report on income inequality in the UK all highlight the wealth gap between rich and poor that has, according to figures, never been as wide since the 1850’s.

Oxfam showed that just 42 people held as much wealth as the 3.7 billion people that make up the poorest half of the world’s population and that in 2017 alone, 82% of the wealth generated globally went to the richest 1% of society. It also showed that nearly two-thirds of those polled about wealth inequality in the UK said they wanted the Government to urgently address the income gap between the richest and poorest sections of society.

Oxfam’s CEO Mark Goldring said of the findings that “It was time to rethink the global economy” and George Freeman, the Tory MP and former head of the prime minister’s policy board, said of the House of Commons report “We need some new thinking on ways to widen opportunity, share ownership and philanthropy. Fast.”

So what parallels can be drawn between the 1850’s and today to help us understand how or why such a wide gap has developed once again and what needs to change, fast?

Census figures reveal that the urban population of the UK is larger than the population of rural areas as towns and cities provide more employment opportunities and a wider range of jobs. The downside appears to be that unskilled or casual employees struggle with low levels of pay, poor job security, irregular income, a high proportion of their income going towards rent payments or food costs or other basic necessities; poor access to financial services or to healthcare. Often the beginning of a downward trajectory into poverty.

The debate around poverty generally falls into two camps with optimists arguing that new technology has brought higher wages and better standards of living whilst pessimists offer an opposing view that the quality of life for many workers has deteriorated with the benefits only being enjoyed by some skilled sectors of the workforce. Whilst new technology brings new opportunities and dramatic changes in employment, growing insecurity means the mechanisms for leading people into poverty remain entrenched in society.

People struggle to explain or understand poverty citing reasons that include personal misfortune, social circumstances beyond the control of the individual or the direct result of their character, meanly stated as being uneducated, lazy or undeserving. They also struggle to agree on who is responsible for those who become so poor that they can’t maintain themselves and how should these people be cared for?

If it wasn’t for one comment in the previous paragraph nothing would lead you to suspect that the above census information and commentary was taken from the 1851 UK Census.

Despite so much of our daily lives having changed beyond recognition from the lives of those living in the 1850’s, it is very surprising if not shocking, that so much of it can still be applied today.

The latest UK census figures from 2011 show that urban populations continue to be larger than rural areas and that Towns provide a wider range of jobs and more employment opportunities.

Rising living costs; high rents and a lack of affordable housing; young people deep in education fee debt looking for employment in saturated markets; an ageing employee base having to postpone retirement; increasing pressures on the NHS, all contribute to maintaining the status quo of a societal system that limits social mobility or equality in our society.

Can’t see the wood for the trees

So what could be an underlying cause for our inability to address this issue as a society?

Could it be the slow but relentless move to building our society around a ‘for profit’ business model and mindset? One that is now so deeply entrenched in our society so that being sold to has become the norm in every aspect of our daily lives and as such, we no longer see it.

And if we don’t see it, we don’t question or challenge it.

Looking back at the 1850’s and the institutions that were formed to provide the poorer sections of society with services or access to finace, we find a number of mutual organisations geared to helping their members build homes for themselves, The Building societies of old providing services that had until then, only been available to the wealthy strata of society.

Many of these organisations dissolved once their purpose had been fullfilled but a few have remained in business and most are now fully fledged ‘banks’. Despite this change some still lay claim to their original values in their current advertising whilst, for all intent and purpose, operating from a position that is contradictory to the one they began from.

Today there are other sectors that have embraced this commercial mind-set. In the case of the education sector, they do so under the umbrella of ‘charitable status’ questionably afforded to them by government. Even ‘Public Schools’, traditionally the ‘fee paying’ domain of the upper echelons of society, now operate with ‘charitable status’. Go figure.

Maybe even more surprising, the charity sector itself appears to be unconsiously adopting a more commercial mind-set as people whose working lives have been in the commercial sector move across and bring with them their accumulated experience from having worked within profit oriented businesses.

Along with this influence, charities are also finding themselves operating in more competitve markets and having to compete for funds. The ‘for profit’ approach finding its way into how they structure their activities or reporting methods to comply with a corporate sector need to see information on ROI or other KPI’s in order to secure funding or sponsorship agreements.

The general public, who provide around 30% of all charitable donations are also increasingly being negatively influenced by press coverage on charity sector activities which tends to focus on negative issues (clearly warranted in recent disturbing coverage), but generally without equal balance being given to the positive and vital role that they fulfill.

Interestingly though, some negative perception in the charity sector appears to be a symptom of business sector behaviours being incompatible with peoples’ perceptions of what ‘charity’ means. An example of this is when the press sieze on remuneration packages in the sector.

The effect of these circumstances or practices are in my mind, muddying what it means to be a charity. The result is that this distortion or manipulation of information ultimately damages public perception of the sector. Indeed, Baroness Stowell, in her first major speech since she was apponted Charity Commission chairman earlier this year has said that charities were ‘no longer trusted automatically, by the public’.

The CAF (Charities Aid Foundation) 2018 report on UK Giving shows that whilst donations to charities increased in 2017, these donations came from a smaller number of people.

The definition of insanity

Given these generally un-noticed or unquestioned underlying influences, I can’t help but feel that our (collective) way of dealing with wealth inequality adheres to the definition of insanity – Doing the same thing over and over again and expecting a different result.

Some argue that the wealthy are already highly taxed. Mark Littlewood, Director General at the Institute of Economic Affairs, said in response the report by Oxfam: “Richer people are already highly taxed people – reducing their wealth beyond a certain point won’t lead to redistribution, it will destroy it to the benefit of no one.”

Others might cite the huge philanthropic activities of our latter-day Billionaires, a few of whom are now actively tackling global problems and pledging to leave all their wealth to good causes when they die. I applaud their actions.

However this is still the result of having followed a ‘for profit’ model in order to accumulate staggering amounts of personal wealth first. I wonder how much more ‘good’ could have been achieved earlier, had the element of philanthropy been built into the business model from the outset?

There are a number of new organisations springing up with a more ‘millennial’ and inclusive view of the world we all live in.

Newer peer to peer organisations are challenging the accepted purely commercial business model whilst not completely throwing out the ‘for profit’ element. And, an increasing number of new businesses are building charitable contributions into their busines models from the get go.

We have built our own business, Thinking loud & clear, around a similar model that puts charity at the heart of our structure as an equal component to profit.

I believe that to effect real and lasting change the commercial sector should do more to include charity as a function of business rather than treat it as a bolt on, optional cost, advertising gimmick or future activity.

What is brand perception?